Disclaimer: To be concise, please note that the term “you” refers to “you and/or your child” throughout this document.

The EPPIK Study is a phase 2 clinical research study evaluating the safety and effectiveness of a study medication called sparsentan for the treatment of children with rare kidney diseases. The study is enrolling children from ages 1 to 17 who have been diagnosed with focal segmental glomerulosclerosis (FSGS), minimal change disease (MCD), immunoglobulin A nephropathy (IgAN), immunoglobulin A vasculitis (IgAV) or Alport syndrome (AS).

These rare kidney diseases are associated with progression to kidney failure and currently have limited treatment options. This study aims to understand if a study medication, sparsentan, can help the kidneys filter protein and slow the decline of kidney function. The amount of protein found in the urine (called proteinuria) is seen as a marker of kidney function, with lowering proteinuria levels associated with better kidney health outcomes.

Studies on sparsentan in FSGS and IgA nephropathy have been ongoing since 2014 involving over 880 patients from the age of 8 years and providing information on the safety and potential benefit of sparsentan treatment. The EPPIK Study will measure the safety and tolerability of sparsentan and help us understand whether sparsentan can reduce proteinuria and slow the decline of kidney function in children from 1 year of age in a number of rare kidney diseases. Sparsentan has NOT been approved for the treatment of kidney disease.

The study will enroll about 57 participants globally. See the locations on the map below. 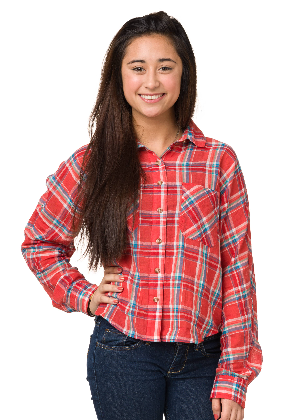 Who can participate in this study?

Children may be eligible if they:

Additional requirements will need to be met in order for you to participate. The study doctor will review these requirements with you, or you may contact our medical team for more information.

What can participants expect?

Children who meet the eligibility criteria for enrollment in the study may expect to participate in the study for about 2 years and 4 months. Participants will take a daily dose of sparsentan in a liquid form, by mouth, and will have up to 19 study visits, including Screening and Study Treatment and Follow-up Visits, over the course of 112 weeks, or 28 months. During the first 3 months of study treatment, there will be 7 visits with your study doctor. The next 8 visits are scheduled 3 months apart and the last visit will be a Safety Follow-up Visit 4 weeks after the last dose of study medication.

Over the course of study treatment, you will be monitored closely by the study medical team. These visits will evaluate the safety (whether sparsentan is harmful), tolerability (how you feel taking sparsentan), effectiveness (how well sparsentan works) and how much sparsentan there is in your blood (pharmacokinetics, also called PK). The study doctors will conduct blood tests, urine tests, skin tests (to check for swelling), and heart monitoring through an electrocardiogram (ECG) test.

As a participant in this study, you have certain responsibilities, including:

Like all medicines, the study medication can cause side effects, although not everybody gets them. Most side effects are mild to moderate.

Focal Segmental Glomerulosclerosis (FSGS) – A condition in which scar tissue develops in the parts of the kidneys that filter waste products from the blood. FSGS has numerous causes and is a serious condition that may lead to kidney failure. Symptoms often present as those typical of nephrotic syndrome and can include:

Minimal Change Disease (MCD) – The condition that most commonly causes nephrotic syndrome in children. In this disorder, kidney damage can only be seen after a biopsy, where a sample of kidney tissue is taken and looked at under very powerful microscopes. Those with MCD experience the signs and symptoms of nephrotic syndrome much quicker than they would with other rare kidney diseases. Symptoms are almost identical to FSGS.

Immunoglobulin A Nephropathy (IgAN), also known as Berger’s disease – IgAN occurs when an antibody called immunoglobulin A (IgA) builds up in the kidneys. Over time, this buildup hampers the kidneys' ability to filter waste from your blood. Symptoms can include:

Immunoglobulin A Vasculitis (IgAV), also known as Henoch-Schönlein Purpura (HSPN) – A disorder that causes the small blood vessels in the intestines, joints, skin and kidneys to be inflamed and bleed. It is most common in children ages 2 to 6 and can cause serious kidney damage. Symptoms can include a purplish rash on the legs or buttocks and abdominal pain.

Alport syndrome (AS) – A rare genetic disorder caused by an inherited defect in a structural material called type IV collagen. Type IV collagen is needed for the normal function of the ears, eyes and kidneys. Symptoms can include blood in the urine, hearing loss and problems with eyesight.

The interactive map shows the cities where the study is conducted. Please click on the + sign (bottom right) to zoom in on an area, then click the pin to view the city name.

What is a clinical research study?

A clinical research study, also called a clinical trial, studies human health and disease. These studies are conducted by doctors and researchers and depend on volunteers to collect data to determine if the study medication is safe and effective. The results of clinical studies help regulatory agencies like the U.S. Food and Drug Administration (FDA) or European Medicines Agency (EMA) decide if a study medication should be approved and made available to patients. Clinical studies are the only way we can develop new and better treatments and improve patient care. See our FAQs below for more answers.

Why is clinical research important?

Volunteers who participate in clinical research help doctors find better ways to provide care. As a study progresses, researchers gather more information about the disease and the study medication. The results of the study may show that the study medication improves patients' lives; it may also show no benefit. All results are important because they advance medical knowledge to treat the disease. These advances would not happen without the participation of volunteers.

Who is responsible for conducting this clinical study?

What is a study medication?

A study medication, also sometimes called an investigational medication or study drug, has not been approved for distribution to the general public. It is being studied to see if a disease or medical condition may be improved by taking the drug. In clinical trials, physician scientists work to determine if study medications are safe and effective for treating medical conditions. They also try to determine the correct dosing and the risks and benefits of taking the drug.

Why do people take part in clinical studies/trials?

In most cases, people take part in clinical studies/trials to help others, contribute to science and/or try new therapies.

How am I protected if I decide to participate?

Every clinical research study must be reviewed and continually monitored by a regulatory review committee to ensure the risks are as low as possible and worth any potential benefits to the study participant. A regulatory review committee is a group of people who help protect the rights and welfare of people participating in research studies. These groups are known as Institutional Review Boards (IRB) or Ethics Committees (EC), depending upon your country and region. IRBs and ECs often include doctors, community leaders, and scientists. Your privacy is also protected. All research personnel follow strict local and national regulations to protect patients’ identifiable and health information. All information collected during the study will be kept confidential and your name will not be listed in any reports or publications.

As a volunteer, you have the right to discontinue participation and leave the study at any time and for any reason with no penalty or loss of benefits to which you are otherwise entitled.

Will I be reimbursed for study-related travel and expenses?

Travere Therapeutics will reimburse all study participants for study-related travel and expenses as permitted by the IRB/EC in your country. For more information, please speak with a member of the study team during your study visits.

How do researchers determine what information will be collected?

All clinical research is conducted following a study protocol. A clinical study protocol is a written document that describes the study objectives, design, methods, assessment types, collection schedules, and statistical considerations for analyzing the data. The protocol also outlines steps for protecting participants and obtaining quality data. Before a clinical research study begins, the study protocol is reviewed and approved by national health agencies (e.g., U.S. Food and Drug Administration [FDA]) and other mandatory review bodies including Institutional Review Boards and Ethics Committees that focus on the welfare of clinical trial participants.

What is informed consent and assent?

If you decide this clinical research study is appropriate for you, the study doctor and staff will explain the investigational research study, then ask you to review an informed consent document. This document will describe the research, including its purpose, length, procedures, possible known risks and benefits of participating, and what is expected of you if you take part. After you have reviewed this document, you can decide whether or not to sign the document and volunteer to participate in the study. If you are old enough and able to understand the research study, the study doctor will review the study with you and ask you to acknowledge your understanding by signing assent. Assent is different from consent as it is specially designed to indicate the minor understands the study and is willing to participate.

We use cookies to give you the best online experience. If you disable the cookies, you may not be able to access some parts of the website. It may also not work as intended. You can find out more about how to manage and delete cookies by visiting www.allaboutcookies.org. Your use of this site is subject to our posted Terms of Use. Please also see our Privacy Notice.

You are now leaving the website and are going to a third-party site that is not operated by PRA Health Sciences (PRA), an ICON plc Company. We are not responsible for the products, services, and content on the third-party website.